Families behind the name Hausmann & Co. Stories of business associates, friends … and relatives 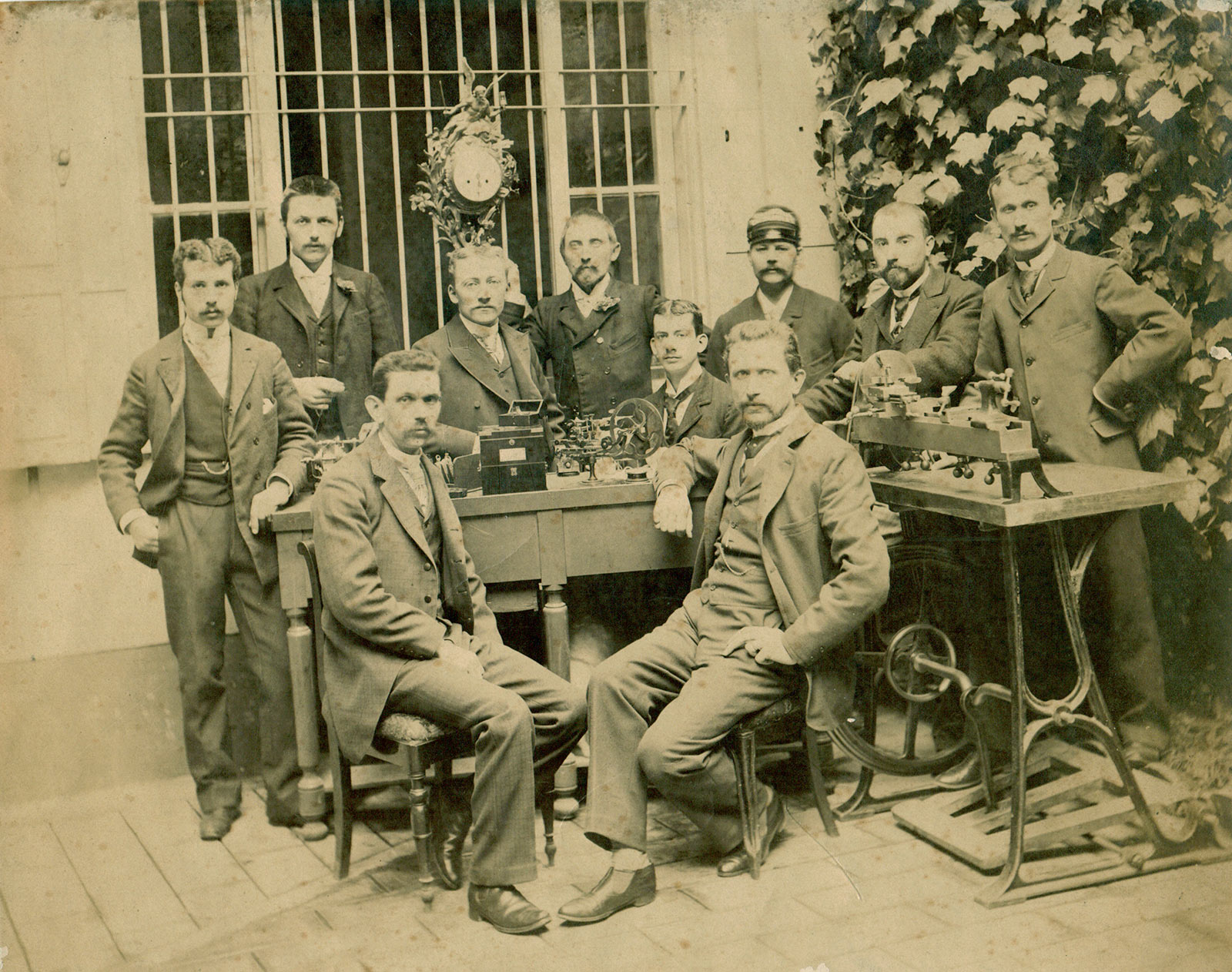 Hausmann & Co. was founded by the joining of Ernst Hausmann, who had taken over the watchmaker’s ‘Ricci’, and Hermann Frielingsdorf, who became his partner in 1895. Ernst and Hermann were two watchmakers who, in addition to their profession were both of German origin. Working together in Rome, first as collaborators and then as partners, meant that their original union which came of a mutual passion became a real family.
Ernst had eight children: four boys and four girls. The older sons, Max and Joe, fell victim to the First World War. Added to the parents’ loss was the weight of the difficulty of succession in the family watchmaking business, which was intended for male children. Aloys, the third oldest, took care of the company which, at the time had three stores; Rome, Naples and Genoa. It was a relief for him when the youngest of his brothers, Francesco, known as Franz, became old enough to take on responsibility in the watchmaking business, allowing him to devote himself to his passion for travel and art.
Of the four girls, Eleonora, Ernesta, Maria and Maria Pia, Maria, the third-born, initiated the family’s interweaving with the Frielingsdorfs. Thanks to the close bond of the parents and the Roman acquaintances of the same German community, Maria fell in love with Maurizio Frielingsdorf, son of Hermann, the partner of Ernst Hausmann.
Today the Hausmann & Co. family company has become a truly modern company, the families that deal with the company management come from these two branches of the same family tree. It is in fact the offspring of Franz Hausmann and Alfonsa Vicentini, Ernesto who first entered the business, then Francesco, then, from the descendants of Hermann Frielingsdorf and Maria Hausmann, Maurizio and Joe Frielingsdorf and Benedetto Mauro, husband of one of the five daughters of Joe.
Today the fifth generation of these families front the watchmaking world, in the wake of a family tradition of over a century and a company history that spans 225 years in 2019.